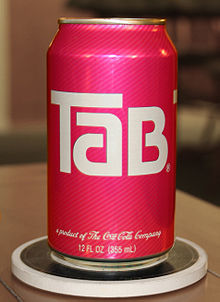 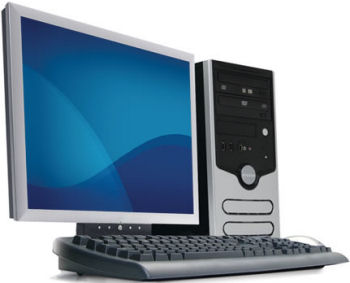 My system cannot abide artificial sweeteners, so not an option for me.

Or by "tabs" did you mean tablets?

posted 9 years ago
That shows the importance of taking care when you post!

My answer: yes and no.

For me, I don't think so; at least not in the near future. I love my iPads, Nexus 7, and Kindles, but at least for me, they do not replace all of the things that I do on my laptop.

The limitations of a virtual keyboard make using a tablet for a lot of things too unwieldy for me. And carting around a separate keyboard eliminates all advantages of having a tablet versus a laptop, so I'd rather use the laptop.

But I, and likely anyone else reading this (non-developers are unlikely to be reading CodeRanch), are not typical users whose use of computers is 99% surfing, email and video. For such users, yes, I can see the tablet replacing the need for a laptop (and certainly the stink-of-the-tarpits bulky desktop) now.

posted 9 years ago
That is

Any website needs changes when it is going to run in a Operating System like ANDROID instead of PC's like windows?
or
will people go and open their browser if an icon of app is already available?
Bear Bibeault
Sheriff

shivam singhal wrote:According to you for general people (Non-Developers) tablets will going to replace PC's


"Will"? Impossible to say. "Able to", absolutely.

But I see it already happening a lot. Most tech-savvy people I know, when asked by their non-techie relatives or friends what they should get for a computer, now recommend a tablet for people who are only using it for consumption.


Due to Virtual keyboard limitation for Developers PC's are not going to replace.


I don't see myself being able to develop on a tablet anytime soon. I'm too wed to cut and paste (and other things that are really awkward on a tablet). Other developers mileage may vary.

For example SSH clients are available, and developers that write code in an emacs or pico/nano editors in terminal windows might be right at home. I'm not one of them.


That's a whole 'nother ball of wax and rather orthogonal to the original question. I'd start a new topic in the HTML forum for that.


will people go and open their browser if an icon of app is already available?


Not sure what you mean by that, but it sounds like it might be another orthogonal question.

posted 9 years ago
A little over a year ago I bought myself an ASUS EEE Transformer tablet. Since that time my laptop has seen only occasional use (99% of the stuff I did with the laptop I could do with the tablet). But I also have a desktop and it ain't goin' nowheres!!! I use the desktop when I have to do real work. The tablet is for entertainment and play.

posted 9 years ago
Well, PC manufacturers seem to be in trouble these days, partly because of competition from tablets, but I reckon the PC will still be around for a long time yet, in one form or another.

Like Bear and Peter say, if you do serious work on a PC then you're probably still going to be working mostly on your PC for the foreseeable future. On the other hand, here's one developer who has found ways to work from an iPad all the time.

I finally gave in and bought a Nexus 7 recently, and it's great - I use it a lot for surfing, email, minor tweaks to Google Docs, and even occasionally playing with Clojure via the nifty Android Clojure REPL app. But the tablet is still basically a passive media consumption device, and I still do all my real work on a large laptop. And if I need to work away from home, I can use my trusty old Samsung N110 netbook for most things so long as I have wifi access.

If I were recommending a "computer" to a relative who doesn't need to do much word-processing etc, I might suggest a 10" tablet instead of a laptop these days, simply because they're so easy to use. But you still have to decide whether £500 for an iPad is a better use of your cash than paying the same amount for a much more flexible (and powerful) consumer-oriented laptop.

chris webster wrote:But you still have to decide whether £500 for an iPad is a better use of your cash than paying the same amount for a much more flexible (and powerful) consumer-oriented laptop.

To the non-techie folks, "flexible" and "powerful" usually means "confusing" and "an invitation to screw things up" ("The System folder was taking up a lot of room, so I removed it. Was that bad?" -- true story).

The great benefit to people who don't need or want all that power and flexibility is the simplicity that tablets afford.

For developing, I need the power and flexibility, not to mention the screen real estate (more pixels! more pixels!). But Aunt Mathilda does not. Aunt Mathilda's much better off with a simpler tablet that does what she needs, and doesn't overwhelm her with flexibility.

Bear Bibeault wrote:The great benefit to people who don't need or want all that power and flexibility is the simplicity that tablets afford.... But Aunt Mathilda does not. Aunt Mathilda's much better off with a simpler tablet that does what she needs, and doesn't overwhelm her with flexibility.


I agree. And another advantage is that, instead of playing Tech Support to all my relatives, on those rare occasions when Aunt Matilda has problems with her iPad, I can jsut tell her to "Go talk to the Apple!".

posted 9 years ago
I thought about this a little more. About 30 years ago when the PC industry was new (the IBM PC had just come out and most personal computers that people had were only 8 bit, such as Atari, Commodore and Apple II) the PC was a toy that provided entertainment value (I had several games for my Atari 800) but if you wanted to do real work you used a mainframe or some other tool (IBM Selectric!). But 30 years later we do incredible amounts of work on the modern versions of those same machines. Of course, there are still a lot of mainframes around but they are used in niche applications. I suspect that in 10 to 20 years the same things will happen with desktops and laptops - tables will have taken over almost all of what laptops and desktops used to do. If you can do all of your development work (a very niche market), gaming, general business computing (Office, Quickbooks, etc) and multi-media editing/viewing (e.g. Photoshop) on a tablet, why both with anything else? After all, which of you is running a mainframe out of his/her garage?