When is persistence not persistent?

posted 6 years ago
I'm trying to figure out how to set up NoSQL databases in AWS, because I want to be able to persist data into an environment shared with dev team members on other sites. Problem is, I'm no Linux sys admin, so I'm missing that part of the story. And AWS is a mass of tools and weird configuration options about which I have not a single clue. The good news is that there are various pre-packaged options e.g. AWS Cloud Formation or other AMIs that you can deploy fairly easily to give you a starting point.

So why is it that when you deploy these things, they set themselves up with ephemeral storage by default?

I mean, if you're installing a database it's fair to assume that you want to store some data and to be able to come back at some later point and find it's still there. That's kind of implicit in the whole "persistence" thing, right? But if you shut down your little dev database on AWS overnight (so you don't have to sell a kidney to pay the Amazon charges), it loses all that pesky data because by default it set itself up with ephemeral storage. What part of "persistent" don't they understand?

I know you can configure your storage to be persistent, attach volumes to your servers etc, but I'd sort of hoped the pre-packaged options might spare me all the hassle initially so I could just get on with using the database and learn that stuff later. Instead I now have another freakin' learning opportunity to work through before I can learn the stuff I really want to do. That really grinds my gears! 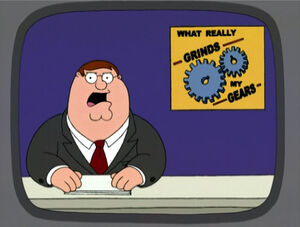 Could also be that you need write permissions that you don't have and nothing is showing an error message. Not likely you have overlooked that though. I've noticed that in some programs that have a version for Linux and one for another OS, that the Linux version might need some configuring where the other version might not. They expect Linux users to be savvy enough to handle it.
chris webster
Bartender

posted 6 years ago
No, it's actually a "feature" (not a bug) in AWS and EC2. The default seems to be that instance storage is ephemeral i.e. when your instance is shut down the data is lost. This is no doubt linked to the idea that these instances could be firing up/shutting down/failing at any moment so you don't want to be tied to a specific instance. The alternative is to define separate persistent storage volumes (EBS), which you then attach to an instance. If you shut the instance down, the data on the volume is retained. So this would be what I would expect to see for pre-packaged database installation on AWS. But I think the epehemeral storage is easier for them to set up in these scripts(?), so that seems to be the default.

Of course, as you imply, there is another whole world of pain around permissions, security etc. I'm too old for this stuff- by the time I've worked through all these things I have to find out about, I've forgotten what I originally wanted to do!

posted 6 years ago
thumbs up for " ....by the time I've worked through all these things I have to find out about, I've forgotten what I originally wanted to do!"
Feels like reading wikipedia and clicking the related links in the content for sometime, you suddenly wonder what you came here for..

If you are not laughing at yourself, then you just didn't get the joke.