Summary of the java.io package

Cedric Bosch
Ranch Hand
Posts: 99
5
posted 4 years ago
I would like to make a summary of what I learned about the java.io package. It's something I've an hard time with so hopefully some other people will chime in as well.

For reading or writing to a file there is two group of abstract classes from which the others descend. The streams, InputStream and OutputStream are used for binary data, while the Reader and Writer are used to deal with characters. Readers and Writers use streams internally, but make working with characters easier.

We can divide the classes used to read / write data from files into two groups.

So we have this diagram for input which all have accompanying output class: 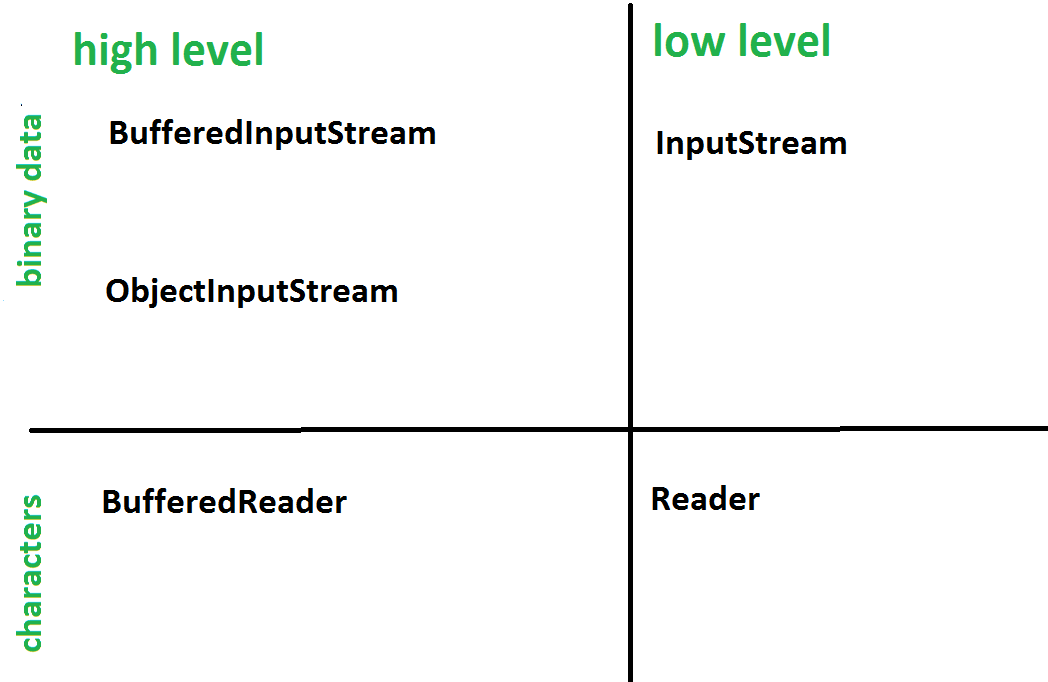 I think that's all the ones we need to know for the exam, but I'm not sure.

The low level take a file or a string as constructor argument. while the high level take another input stream. This means that to read from a file we will have a combination of high and low level
:


However it also means that we can have non-sensical things like this :

Those classes are for reading data in chunks instead of a per byte basis. They greatly improve performance.

( Personal rant: While java designers could have abstracted this low level mess, they decided it would be more in line with the rest of the language if the programming interface was badly designed. I'm serious, this is monstruosity. Hopefully I'll learn they fixed it in the chapter on java.nio)

Used for serialization of objects. What is should be known is this: