what is the hat/elephant problem?

posted 3 years ago
The book references the hat/elephant problem? What is that? I searched online and couldn't find a reference.

I imagine it is something like the fable where the blind men touch different parts of the elephant and think it is a rope, tree, etc.

posted 3 years ago
I think Mano Ag is right.
the-little-prince-a-hat-or-a-boa-constrictor-duvet-covers.jpg

What book is referencing the hat/elephant problem? What is the context?

Ben Evans
author
Posts: 58
5
posted 3 years ago
The quote comes from my book "Optimizing Java" - where I use it to describe the problem of combining different data sets with different characteristics to produce an overall data set with a structure that's obscured - and yes, it's a reference to the Little Prince.
Anna Evans
Illustrator
Posts: 8
7
posted 3 years ago
This diagram is an example – there are three quite distinct data patterns shown in the three coloured lines on the graph, but by taking the data as a whole you only see a bumpy line that's far harder to interpret.

(In much the same way that it's hard to see what's in a snake's belly once it's been swallowed!) 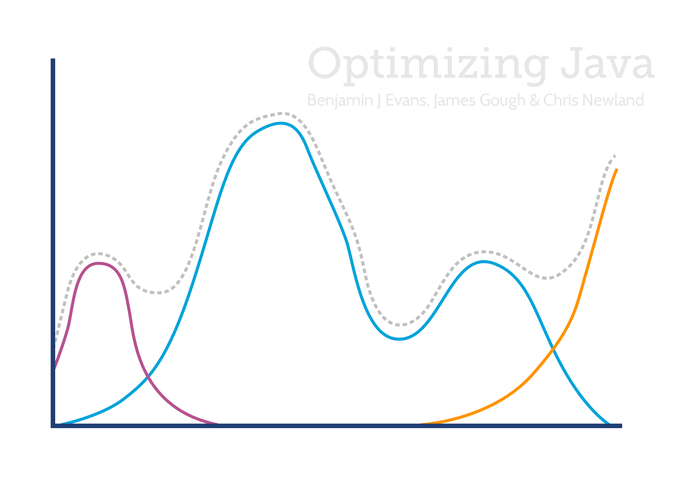 posted 3 years ago
I'm not sure why the hat/elephant "problem" is a problem. From what I read when I was googling for it yesterday, Saint-Exupéry seemed to think that children could see the possibility of both hat and elephant but adults couldn't, but I'm very doubtful whether that's really the case.

posted 3 years ago
Oh that makes sense. I read that book a long time ago and didn't remember the reference. Whereas Ben's book I just finished.

Ki Fallang
Greenhorn
Posts: 1
posted 10 months ago
Years later, but I can't stop myself from replying to this thread. In The Little Prince, there is a theme about how kids always have to explain everything to grown-ups because they never understand anything. The narrator tells a story about how he drew a picture when he was a child, showed it to the grown-ups in his life and asked if it scared them. They all laughed at him and asked why they should be scared of a hat. The drawing looks kind of like a floppy brown hat that is colored in brown. He is very disgusted and disappointed because it's not a hat, it's a boa constrictor eating an elephant. In the book, he then shows a drawing of what the picture would look like if it wasn't colored in). Indeed, it is a boa constrictor eating an elephant. But the grown-ups can't see that because they lost that ability when they grew up. They no longer have any imagination. The underlying philosophical question is do you see a hat, or do you see the elephant inside the boa? Do you see only what's in front of your face, or do you have the ability/imagination to see what might be under the surface?

It's a fantastic book that is sort of written for kids and mostly written for "grown-ups." I read it every year (in the original French) with my high school French students. Hopefully, they're old enough to understand the double-meanings, and young enough to learn to keep their imagination or to still get it back if they lost it. Here's hoping some of you haven't lost it and the others can regain it!
Campbell Ritchie
Marshal