posted 3 years ago
This week, we're delighted to have Jean-Marcel Belmont helping to answer questions about the new book Hands-On Continuous Integration and Delivery.

Packt is also offering everyone 60% off the e-book: HCID60

We'll be selecting four random posters in this forum to win a free copy of the book provided by the publisher, Packt. 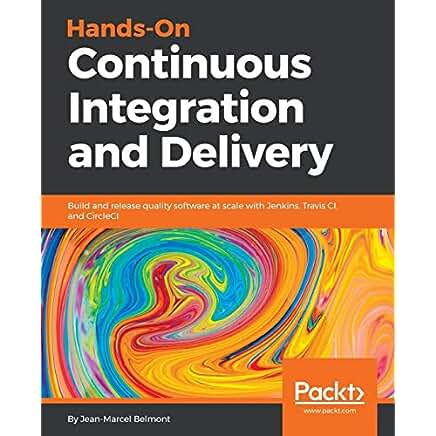 I hope you get lots of interesting questions.

The reason I added a chapter on writing a plugin for Jenkins was to demonstrate how to write a plugin if necessary.
Obviously though there is a whole world of Jenkins Plugins available so the likelihood that a Jenkins Plugin exists that you need is already there.

To answer your question though, Jenkins is a CI tool that you can use for many different things.

You mention svn but you can also use git and mercurial which are distributed version control systems unlike svn which is a centralized version control system.
You can use many different types of Jenkins plugins outside of jUnit but to be more precise you can use Jenkins for many different types of tests such as Unit Tests, Integration Tests, and Acceptance Tests.
You can use Jenkins to make Code Coverage Reports and to generate other types of reports.

I would argue that yes you will get a lot out of the Travis CI and Circle CI chapters as they are heavily used in open source projects and there are differences between them and Jenkins.
Namely the way you configure Travis CI is through an embedded configuration file such as yaml.

Anyways thanks for the Questions

posted 3 years ago
Welcome to CodeRanch and congratulations on your new book !

posted 3 years ago
Forgot to post the discount code.

Packt is also offering everyone 60% off the e-book: HCID60

We hope you have had a good time here

The promo is nearing its end.