Hokage Naruto
Greenhorn
Posts: 1
posted 1 year ago
What does the syntax (struct sockaddr*)&serveraddr mean in the CONNECT system call in the following UNIX SOCKET PROGRAMMING code in C
WhatsApp-Image-2019-08-06-at-1.11.16-AM.jpeg 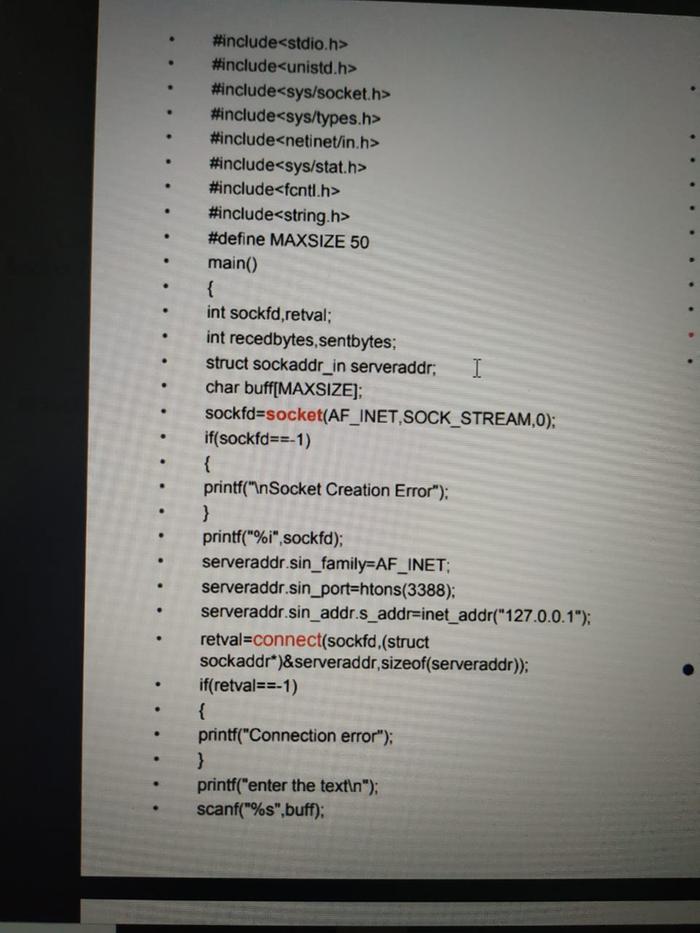 posted 1 year ago
serveraddr was declared a struct serveraddr_in.  connect() wants a pointer to a serveraddr, "(struct sockaddr*)&serveraddr" casts serveraddr_in to a serveraddr.  Keep in mind the underlying data doesn't change, just what connect thinks it's being fed.

Think of it as primitive inheritance.  serveraddr_in can be thought of as inheriting serveraddr.

The joys of C

Edit.  Googled for the definitions of serveraddr and serveraddr_in and found this, which explains it better than I ever could:  w00t!

Jim Venolia wrote:serveraddr was declared a struct serveraddr_in.  connect() wants a pointer to a serveraddr, "(struct sockaddr*)&serveraddr" casts serveraddr_in to a serveraddr.  Keep in mind the underlying data doesn't change, just what connect thinks it's being fed.

posted 1 year ago
Let's parse this.

serveraddr is a struct of type sockaddr_in used to hold information about the connection. Specifically,  it has fields defined for protocol mode (AF_INET), host IP address and port.

The "&" operator in C returns the address of an object. That is, a pointer to serveraddr.

That's one of the reasons C++ was developed. Inheritance is built into C++ so you don't have to do as much of this sort of kluge. Casting is a dangerous operation. If you mis-cast an elephant as a chicken and then try to eat it, you may regret it. That's one of the virtues of Java. It reduces the need for casting even further than C++ does and it does more careful checking of what's being cast as what.