Log4j bug - slow down your application

This sort of application slowing down and restarting it was going on for a while. Then we were engaged to troubleshoot the problem. We uncovered something interesting, thought you might also benefit from our findings, thus writing this article.

This popular SaaS application was running on the Azure cloud. Below is it's technology stack:

Now we uploaded the captured thread dump to fastThread.io - online thread dump analysis tool. The tool instantly generated this beautiful report. (We encourage you to click on the hyperlink to see the generated report so that you can get first-hand experience).

The report instantly narrowed down the root cause of the problem. fastThread.io tool highlighted that 'http-nio-8080-exec-121' thread was blocking 134 application threads. Below is the transitive dependency graph showing the BLOCKED threads: 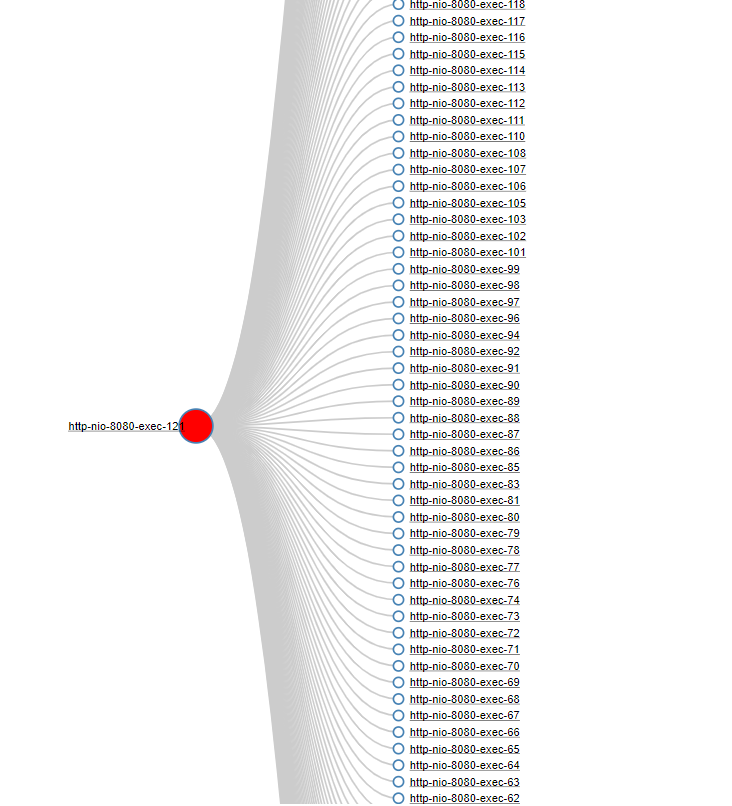 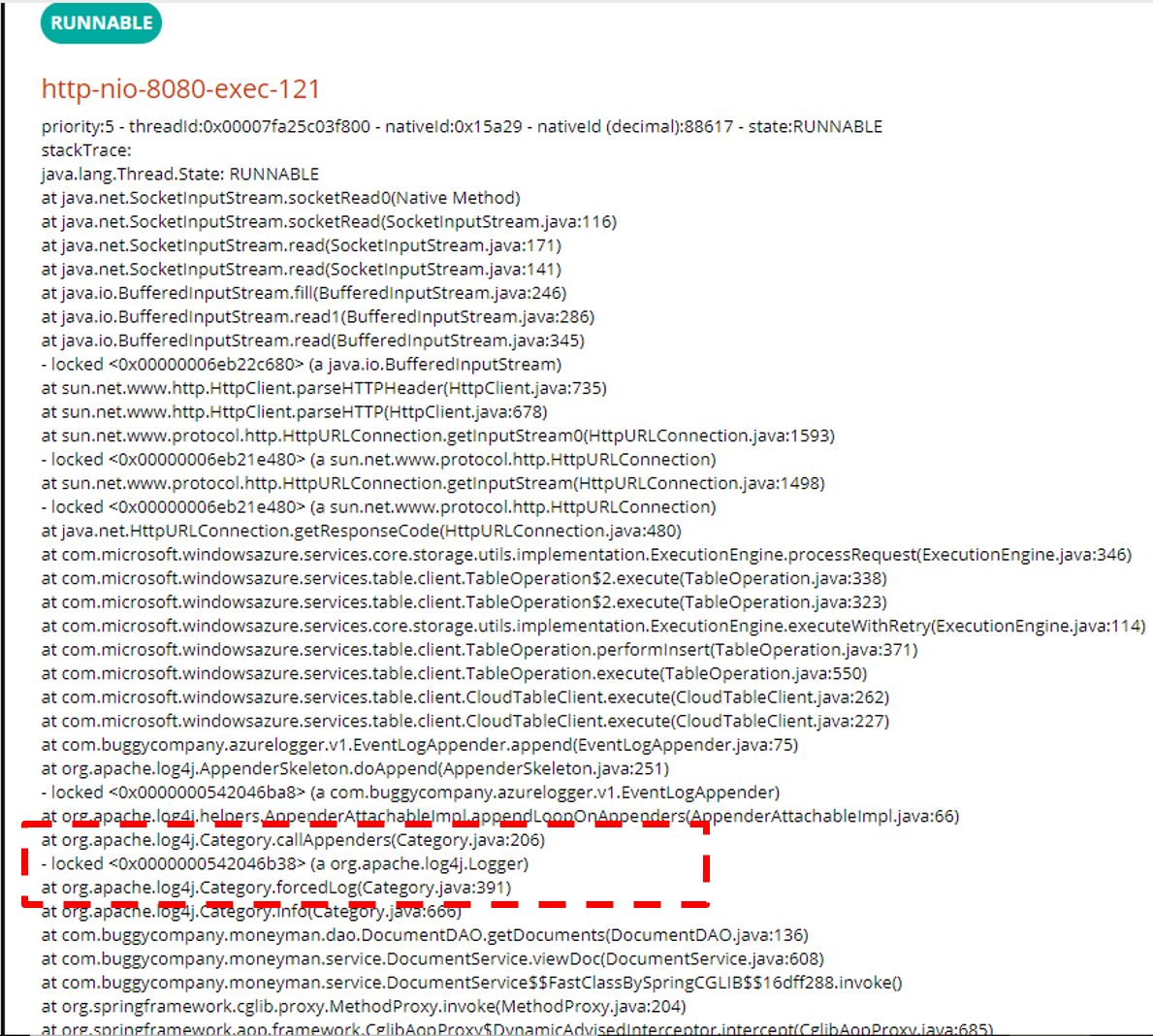 I request you to take a close look at the highlighted section of the stack trace. You can see the thread obtaining org.apache.log4j.Logger lock and then moving forward to write the log records into Azure cloud storage. 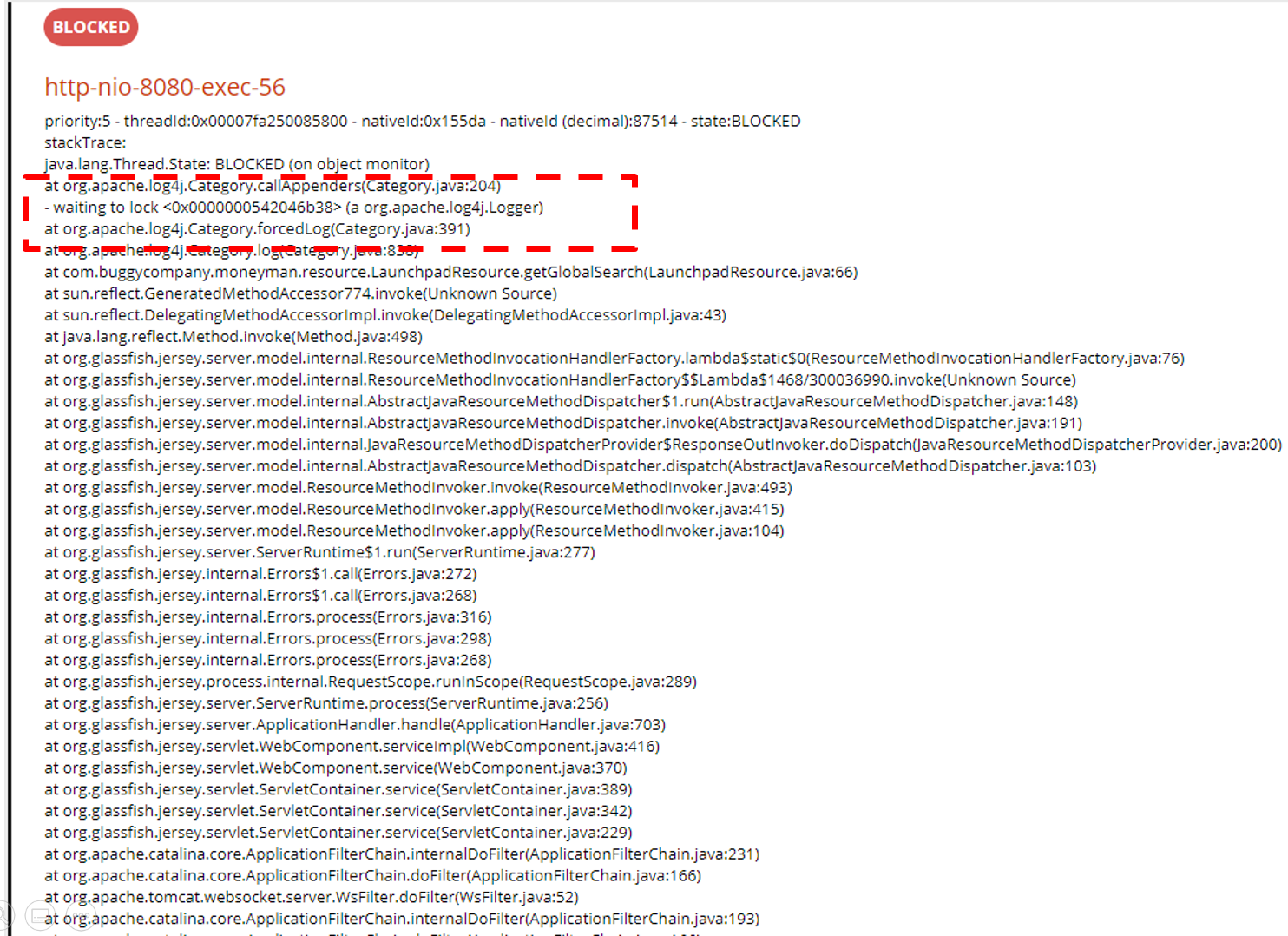 We then googled for org.apache.log4j.Logger BLOCKED thread. We stumbled upon this interesting defect reported in the Apache Log4j bug database.

It turned out that this is one of the known bugs in the Log4J framework, and it's one of the primary reasons why the new Log4j2 framework was developed. Below is the interesting excerpt from this defect description:

<code:start>
There is no temporary fix for this issue and is one of the reasons Log4j 2 came about. The only fix is to upgrade to Log4j 2.

Yes, I am saying that the code in Log4j 2 is much different and locking is handled much differently. There is no lock on the root logger or on the appender loop.
<code:end>

Due to the bug, any thread which was trying to log, got into the BLOCKED state. It caused the entire application to come to a grinding halt. Once the application was migrated from Log4j to Log4j2 framework, the problem got resolved.

Log4j has reached EOL (End of life) in Aug’ 2015. It’s no longer supported. If your application is still using the Log4J framework, we highly recommend upgrading to the apache Log4j2 framework. Here is the migration guide. Log4j2 isn't just the next version of Log4j framework; it's a new framework written from scratch. It has a lot of performance improvements.

Also, now you were able to learn how to troubleshoot an unresponsive application.

posted 1 year ago
Thank you for your detailed analysis.

Actually, I'm surprised that you didn't get pushed to log4j2 long before. There are a lot of other ways that log4j has made its obsolescence known to me besides performance. Some of them very annoying indeed.

Moral of story, as in so many cases is that software may not "wear out", but that doesn't mean that it lasts forever. People who think that the up-front development cost is the total cost are simply wrong.

Bjoke: A "Bully Joke". A Statement or action made with malicious intent - unless challenged. At which point it magically transforms into "I was just funnin'" or "What's the matter, can't take a joke?"