How much AI do you need before you use TensorFlow?
By the way: I had to learn Python, at least the basis. I think that nowadays Python is the king of the hill among general purpose languages in AI field.

show more
4 weeks ago
Artificial Intelligence and Machine Learning
How much AI do you need before you use TensorFlow?
My personal experience (as hobbist): if you share my same background, i.e a degree in Computer Science, we'll, i'd say that  many of concepts you may have learned in the late 90's still apply, but at the same time,  Deep learning  really gone very very far.
Using Tensorflow required me to study from scratch a bunch of concepts, and still now I can't say I master them. At the very end I preferred to use Keras (with tensorflow as backend), much more simpler, and no less powerfull; moreover, Keras hide a lot of the complexity of dealing with tensors,
with gradient descent, with learning rate and so on.
I'd say that AI background isn't strictly required to work with tensorflow; instead, a solid background in calculus and algebra may help a lot.

show more
4 weeks ago
Artificial Intelligence and Machine Learning
Alternative to scikit-learn for java?
I'm a big fan of Java, but my warm advice is to learn Python.
The very first time I approached ML, I tried - like you - to start my journey using my own home ground language. At the end I realized it wasn't worth, and that I could put less effort in learning Python as much as enough to use keras, tensorflow and scikit, instead of struggling to search alternatives just to continue to work with my preferred language.
show more
1 month ago
Artificial Intelligence and Machine Learning
Weird Windows/Linux inconsistencies

Yes, but when I did setVisible(false) it caused the program to exit!  Even when I was debugging the debugger stopped.

Try to search for files named "hs_pidxxxxx". I've encountered cases on both linux and windows where some operations on GUI components caused the crash of the VM.
It turned out that some components executing calls to native libs to render itself (or to perform some othe operation under the hood) caused an internal unrecoverable error. I experienced this weird issue, for example, on Windows machines after a GPU driver updated, when using, for example, JFileChooser, which under the hood relies upon native file management.
I resolved the problem by installing the latest JRE release (of the same version, I mean). 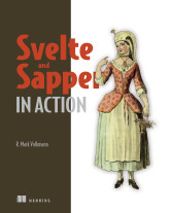 * Winners: Svelte and Sapper in Action
Thanks a lot!
show more
2 months ago
HTML Pages with CSS and JavaScript
login manually with spring security


Thanks for sharing it.


Is this worked for you?


Didn't try it, but it looks promising and very similar to your use case. My suggestion is to get a copy of that example, study how it works, and adapt it to your needs. Understanding a sample code is crucial, otherwise you'll end building brittle code. Take inspiration from code, not just copy it.
show more
2 months ago
Spring
login manually with spring security


Thanks for sharing it.
show more
2 months ago
Spring
Svelte and Sapper in Action: when and why choose them?
Hi Mark,
in your opinion, what are the key advantages Svelte and Sapper offer to a developer with respect to dominant frameworks like React, Vue and Angular?
JavaScript frameworks world is definitely wild, and in the middle term only few really survive. In your opinion, which characteristics of Svelte could help it to emerge and gain its own place in web applications ecosystem?
show more
2 months ago
HTML Pages with CSS and JavaScript
Doubts about throwing checked or unchecked exception
Have a look at Java Documentation. In a nuthshell, you should use unchecked exception when dealing with unrecoverable errors (a stack overflow, a connection to a DBMS dropped).
My personal taste: use checked exception as much as possibile in your business layer.
show more
2 months ago
Java in General
overwhelmed database problem

Christopher Webster wrote:If this is a serious issue and a project where you are prepared to invest significant resources to re-architect your approach, you might want to consider finding out about CQRS - Command Query Responsibility Segregation.

Good advice. I have seen Cqrs mainly applied with microservices but nothing forbids to apply it in any scenario. Be careful that  using two different data models also implies some workload for your database, so at least a first, basic analysis aimed at finding bottlenecks and performing some tuning should be your very first step.
show more
2 months ago
JDBC and Relational Databases
overwhelmed database problem
Scale up your database.  My first advice is to avoid handmade solutions, any serious DBMS offer a way to set up clusters,replicas, high availability and so on.
Also, review your application scenario.How many apps connect to the DBMS? If you split it into a read only and a write only DBMS, you should also modify your applications to use the right datasource.
Moreover, read data may be live data, i.e fresh,actual data an application needs to process to fulfill a business task, so that Woking on a copy taken with a given frequency may not be a viable option.
show more
2 months ago
JDBC and Relational Databases
Seriously Good Software - Tuesday, March 10 2020
Thanks Jeanne, just forwarded to coderanch java book promo email the original mail I've sent you some months ago.

Of course, if there is any problem getting this e.book,  please  don't run into any trouble...
Thanks again
show more
2 months ago
Ranch Office
Seriously Good Software - Tuesday, March 10 2020
Unluckily, no news so far. I just check my Manning's dashboard, and the title isn't listed.
I won another Manning's publication in Coderanch's giveaway times ago, and the e-book was listed in my personal dashboard (preceded by a congrats email by Manning's staff).
show more
2 months ago
Ranch Office
Spring in Action Question/Spring Reactive vs non-reactive


That's easily remedied - extract the lambda code into a separate method. I do that all the time. Whenever a lambda becomes unreadable (and when using them for stream filter or map operations, that's after one line already), I replace it by either a method reference, or a single method call (if the method needs more arguments than just the current element in the stream).

That's a good advice. Many times I had the feeling that one is forced to use complicated and hardly readable lambdas just to show that he or she can effectively manage lambdas.
Lambdas are meant to simplify programmers' lives and make code more compact and clear, and IMHO this point should never be missed.
show more
2 months ago
Spring
Spring in Action - Where does Spring need attention or growth?

R.J. Salicco wrote:Craig - thank you for the response. Totally agree with what you said - I rarely find myself in a place with Spring where I am saying, "why does Spring not work with x?".

Great to hear about the containerization items and I have an interest in the Spring Cloud Kubernetes project and will check things out.

I enjoyed your Webinar the other day with the NFJS crew.

If i can add my tow cents, I think that there's a weak point - batch processing. I know that there's Spring Batch Framework, but it seems to me that it's kind a topic that has been left behind the fast growth in other areas Spring used to have.
show more
3 months ago
Spring