Geoff McKay wrote:
(where the scope of work is not well defined, as can be the case with Agile or iterative projects)


Does that imply that non-Agile or non-iterative projects have well-defined scope of work? That's not my experience. I spent almost two years on a project in analysis and design phases. We generated literally tons of documentation (it was a 100+-person project so imagine all of those people creating analysis and design specs). In the end, $36M down the drain, no running software except for a few prototypes, and the project got shut down. That definitely wasn't Agile, nor was it iterative and even with 100+ people trying to lock down the scope of work, it still failed.
show more
1 day ago
Agile and Other Processes
Having the escape velocity conversation with managers and leaders
Thanks, Doc. These will help tremendously in discussions about value and how we define it so it's measurable/quantifiable.
show more
1 day ago
Agile and Other Processes
Escape Velocity: Taking partial credit antipattern
I just saw this today where someone in authority told the team to just close the stories and create a defect to carry over to the next sprint.

What's your approach to dealing with this, Doc, and changing behaviors? I'm asking questions right now to see what the motivations are but I'm going to bet it's all about making the velocity numbers look better.
show more
1 day ago
Agile and Other Processes
Measuring individual velocity

Doc Norton wrote:Measuring individual velocity won’t tell you who is actually contributing to the team, who is improving process, or even who actually delivers the most stories, but it will encourage your team to make collaboration a secondary concern at best.

Seems like this means we shouldn't be asking each individual team member "How many points do you think you can do this sprint?" during sprint planning.

At the same time, I know for sure there are teams out there that are doing this exact thing.
show more
1 day ago
Agile and Other Processes
Correlation between effort and duration

Doc Norton wrote:...most of what impedes the work is queues and system level impediments that are generally unrelated to the work. For organizations where issues exist such as extensive infrastructure lead times, limited stakeholder availability, or crossteam dependencies, there is almost no correlation of duration to the size of the work.

"Effort and duration are rarely correlated, much less equivalent."


This resonates strongly with my experience. I don't know if people will take this with anything other than nonchalance though. How do you have an effective conversation around this that results in a change for the better? I guess I'm asking (again) what you say when they ask, "If we don't equate effort with duration, how do we know when we'll be done?"
show more
1 day ago
Agile and Other Processes
Using velocity to measure teams
Doc,

you wrote:Velocity isn’t about measuring the team. It is about having a coarse-grained forecast.


I really like this. Too often, velocity gets weaponized against teams. What would you say to managers when they do this? Is there an alternative way to measure teams or should they not measure teams at all and focus on something else instead? If the latter, what is that something else they should focus on? (I think I know the answer but want to know what you think).
show more
1 day ago
Agile and Other Processes
Multi Dimensional Arrays

Paul Clapham wrote:I'm pretty sure that Fortran had (has?) real multidimensional arrays.

But what's wrong with "eating your own dog food"? Is it too gross? I can see how "many ways to skin a cat" has fallen out of favor but there are things more gross than eating dog food.

<shrug>
show more
2 days ago
Agile and Other Processes
Having the escape velocity conversation with managers and leaders
Hi Doc,


I'm currently working at a place where leaders are having the conversation about shifting from focusing on velocity to focusing on value delivered instead. What advice can you give for having that conversation?

I think people latch on to velocity because it gives them something that looks like a quantitative measure even though it's usually based on something intentionally nebulous like story points. It seems like in their minds, some number is better than no number.

I think it's great that the conversation has now shifted to value but how are we able to scratch that need to have something quantifiable?

I often cite the example of one place that quietly released a simple address change feature to production. They had built in a way to gather data on how many users discovered the feature on their own and completed the address change through the new self-service flow rather than call customer service for help. With that data, they were able to quantify their savings based on reduced number on customer service calls. And because enough people discovered and successfully used the new feature within a few months of its release, they were able to declare success with concrete evidence to back up their claim.

Do you discuss ways to measure value in your book? If so, what kind of examples do you give?
show more
2 days ago
Agile and Other Processes 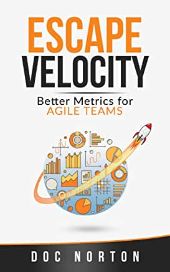 show more
2 days ago
Agile and Other Processes
Multi Dimensional Arrays
Maybe a long-overdue FAQ?
show more
2 days ago
Beginning Java
Am I creating too many interfaces and classes as a result of unit testing
One more person I want to mention: Jack Reeves and his three essays on Code as Design

Reading these articles was how I formed the opinion that coding is a design activity and writing tests before writing production code is a design technique.
show more
3 days ago
Testing