Not Getting on the Boat
When I get time I'll read the whole story and comment.
So instead of heading to work, Mr. Beggerow, now 53, fills his days with diversions: playing the piano, reading histories and biographies, writing unpublished Western potboilers in the Louis L�Amour style � all activities once relegated to spare time. He often stays up late and sleeps until 11 a.m. .
show more
15 years ago
Jobs Discussion
java job market in u.s

i better leave this discussion and this group and join some other where i get some proper answers.

You can get proper answers on this board. You should demand no less. The US market is very large and complex. $50K in New York City is a very different life than $50K in Bentonville, Arkansas.
show more
15 years ago
Jobs Discussion
java job market in u.s

how much pay can one expect as a consultant?

The answer to that question would depend on a number of factors. Do you know the name of the employer you will be providing consultancy to? Do you know what city and state you'll be working in?

Are you going to be entering this position on an at-will basis?

Are you having to post any bonds or pay any fees?

If your position is terminated in the US, will you be getting any severance compensation?

Do you get any educational benefits? For example will your employer reimburse your expences for successfully completing a graduate level course at an accredited university? Any money for completing certifications?
[ July 25, 2006: Message edited by: Jack Haley ] 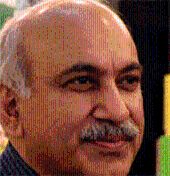 IMHO these 3 measures are perfectly compatible with the spirit of present laws and would make the use of alien labour necessary only when relevant skilled labour cannot be found locally.

There are certain jobs that cannot be offshored. The cheapest way to get these jobs done is to increase the supply of people who can do them.
show more
15 years ago
Jobs Discussion
I like you!!!
You could get killed by a homophobe. I guess everyone is going to wonder about your motive. Why are you starting a relationship this way?

How about - You look like a million dollars and my interest is rising?
show more
15 years ago
Meaningless Drivel

According to Programmers Guild, foreign workers wages in US is a "sham"
IMO, there is no comparison of natives to foreign nationals except the certification exam. Personality and street smarts are quantities that are hard to measure.

I met an H1-B from the UK ( caucasian ), South Africa, Sibieria, Bangladesh, China, and a zillion from India. By and large they were all capable people. Some were losers but some were power hitters. I don't think the median value of the foreign nationals was higher or lower than the natives.

The foreign nationals had their strengths and their weeknesses.


I'm not arguing against anything you said. All I'm saying is that any intelligent analysis of salaries of H-1B workers would take their experience and skill levels into account. That is something that the article in the OP fails to do. So, it is hard for me to take anything in the article seriously because the author of the article doesn't even attempt to provide a balanced viewpoint.

Well I think the capabilites and demographic data for the mean H1-B is known. Based on that the article has merit. The article could be better written. You could fill in some of the blanks in the article with links that may or may not exits on this board.

The best is always in short supply.

I would support letting Bill Gates and the industry bringing in as many workers as they want if he will pay them $100,000+ annually. That would be $50 an hour.
show more
15 years ago
Jobs Discussion

First off, there's no obligation to have employer-provided health insurance. I am very glad for the fact that I do not have it, and purchase my own tailored to my own needs, just like my housing, food and transportation.

I'm with you Luke, I think we should outlaw employer provided health insurance.

He's is bringing up H1-Bs because adding to the supply of workers in a given market drives down wages for everyone working in that line of work. Perhaps you like the domino theory, what happens to the underpaid foreign national on H1-B today, happens to more people tomorrow.

Non-immigrants wanting to be immigrants tell a brighter picture of the life of foreign nationals at http://immigrationvoice.org. If your looking for a differences in opinions, they are easy to come by.
[ July 17, 2006: Message edited by: Jack Haley ]

First off, there's no obligation to have employer-provided health insurance. I am very glad for the fact that I do not have it, and purchase my own tailored to my own needs, just like my housing, food and transportation.

I'll go one step furether than you Luke, I think we should outlaw employer provided health insurance.

He's is bringing up H1-Bs because adding to the supply of workers in a given market drives down wages for everyone working in that line of work. Perhaps you like the domino theory, what happens to the underpaid foreign national on H1-B happens to more people tomorrow.
[ July 17, 2006: Message edited by: Jack Haley ]

show more
15 years ago
Jobs Discussion
Creating a site like java ranch
The honorable thing to do is form a relationship of mistrust with UBB. You don't want to be in the UBB business anyway. Someday when you get a chance read Out of the Crisis. A wise ass on JD first brought it to my attention. JY called him a jackass. He said - yeah I vote for the true blue party, so what?

it is tomorrow. Pasta with ground beef and mushrooms in tomato cream sauce.

One thing you'll need is thousands of trained pigeons or monkeys to take the incoming posts and type them into a database, then pull them out and type them back into web pages when a user requests them. Providing living quarters for the monkeys is the hardest part of creating a forum like this one.

You speak in riddles. With PERL Larry lets you beam a pipe to a screen saver from anywhere in the 20th century. Get deep throat to make UBB say uncle.

Your off topic soldier. WE might just not need you on that wall..

well this is all very informative, but how did I get sucked into it?

1) Ernest is a known trouble maker.

I hear the bonanaza theme going in the back ground. JD - friends come and go enemies accumulate.

I say attack on two fronts. MD does not need to port and it's the place to practice your Jedi Nights skills.
show more
15 years ago
JForum
What kind of English is this-2

I disagree. I think the writer exhibits intellectual vanity, as if to say "Look how clever and trendy I am!" The writer demonstrates the quality of being a (insert your favorite obscene insult).

Thanks Frank, could you pass me the pipe and the lighter, please.

Map - consider the following. The devil reads good.
show more
15 years ago
Meaningless Drivel
Ground Hog Day
The next time I get fired I wish someone would send me flowers. Many treat you like you have been placed on the sexual offenders list.

One of the competing economists makes the following assertion

Individual native workers are less likely to be affected if the immigrants resemble the society they are joining � not physically but in the same mix of skills and educational backgrounds. For instance, if every immigrant were a doctor, the theory is, it would be bad for doctors already here. Or as Borjas asked pointedly of me, what if the U.S. created a special visa just for magazine writers? All those foreign-born writers would eat more meals, sure, but (once they mastered English, anyway), they would be supplying only one type of service � my type. Bye-bye fancy assignments.

show more
15 years ago
Jobs Discussion
Ground Hog Day
It seems as though I have this problem in my life. I keep getting fired. It just happens again and again. I don't know if I should hire a career counselor, auditon for Dr. Phil, or get exorcised.

You know, I have problems with the boss. I try my bestest to do the right thing, but something always goes wrong.

I got other issues too. Every place I work they have a torture chamber. Court is usually right after lunch. The room is small, stuffy and warm. Sometimes, I say the most innocuous things and man do I feel the blow torch.

I'm getting older and my memory is not what it used to be. When I was in high school they made us read about this experiment. IIRC BF Skinner conducted it at AT&T. Skinner had workers on a tread mill and the ones that tried to run got ham strung.