Is it possible in Java to create an empty JTable

Then you use the addRow(...) method to add rows of data as required.


After I entered all of the employee data it has to export to a .CSV file


Then you iterate through the TableModel using the getValueAt(....) method and write the data to a file in any format you desire.
show more
3 months ago
Swing / AWT / SWT

If you want components to overlap then you add the child component to the parent component.

Yes I want background then in the center, I put a panel.

The parent component should use a layout manager to position the child are required. In this case the easiest way is to use a GridBagLayout.

what am i missing from this code?

The trace tells you the exact statement causing the problem. We don't know what statement that is.

So find the statement, find the null variable and fix the problem.

Drag and Drop
For each batch I would create a JPanel with:

1. a JLabel for the batch number
2 a JList (in a JScrollPane) for the details.

Then you can add a MouseListener to the panel to enable dragging of the panel around the screen.

How to remove GridBagLayout extra space between components?
Code seems to work fine for me.

However a few comments:

2. Don't use: new JTextField(). Instead use new JTextField(10). Change the number as required. This will allow the text field to size itself to display 10 "W" characters at one time.

I asked for an easy fix

I gave you multiple easy fixes to fix most problems.


The layout manager is the last issue to fix and was really a comment for the future.


You don't need to refactor your code to:

but could you give me a quick reply on how to easily fix this issue?


I did.
show more
5 months ago
Swing / AWT / SWT
Looking to brush up on GUI, absolute beginner

Namely static abuse, but I don't know how to fix it


Get rid of all the static variables and method.

The only method that needs to be static is the main() method.

Try playing with the size to see the difference.


text getting cut off by said icon

Swing was designed to be used with layout mangers. Every tutorial I have seen uses layout manangers.

There are working example for all Swing components. Every tutorial demo code will use layout managers.

There is also a separate section on Layout Managers with basic example of using each layout manager.

You can use the GridBagLayout for displaying components is row/columns.


Read the JLabel API. There are methods to control the positioning of the text.

Also, typically numbers like that would be right aligned.
show more
5 months ago
Swing / AWT / SWT 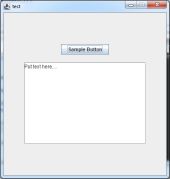 JLabel on top of JTextArea with GridBagLayout shrinks JTextArea's size
Note the code order should be:


The resizable method can affect the size of the decorations of the frame which in turn will affect the pack() calculation.
show more
5 months ago
Swing / AWT / SWT
How to simulate click/drag scrolling on a JScrollBar using code
1. Post a SSCCE demonstrating your problem

2. Don't use a TimerTask. The creation and updates to the model of a component should be done on the Event Dispatch Thread (EDT). Instead you should be using a Swing Timer.

3. Check out the JComponent.setAutoscrolls(...) method. It has an example of a MouseListener that allows scrolling to continue once the mouse is dragged outside of the bounds of the scroll pane. Maybe look at the source code to see what this method does and see if you can replicate the behaviour for your requirement.
show more
5 months ago
Swing / AWT / SWT
HashMap Sound
You last question had 100 replies. This is an indication of a poorly communicated question.

This question is now up to 10 replies. Its time you start to learn to communicate better.


but no sound for now

So what does that mean?

You first stated you were getting: Exception in thread "main" java.io.FileNotFoundException: 60s rock beat.wav

Does this mean you have made changes and you no longer get this message?

If so, then you should:

1. tell us the "original" problem has been solved.
2. ask a new question stating your new problem.

This way it keeps the thread concentrated on a single concept.

In any case if you hear no sound, then as I stated in my previous answer you need to add a Thread.sleep(...) otherwise the JVM closes before the wav file can be played. You added your code in the wrong place.

To get the code working first do:

1. forget about the "sounds" folder. Put the .wav files in the same directory as the class file
2. the Thread.sleep(...) needs to be execute AFTER you start the music playing

That is try to solve one problem at a time to keep the logic simple. Once the above two steps work, then you worry about placing the .wav file in a separate folder.

The following example shows how to play 5 second of a song:


Once the above works you move the .wav files to your "sound" directory and then retest.


Give you variables meaningful names so you can understand how to use the variable. Why would you have a static variable and local variable both use the name "file"?

show more
6 months ago
Swing / AWT / SWT
HashMap Sound
What don't you understand about the Exception?

It is telling you the file is not found. We can't verify if you entered the file names correctly.

1. try another file?
2. make sure the file exists in the directory where the class file is located?

Note, even if you find the file it won't play the file because:

2. The class will finish executing before the clip is played. You can add a Thread.sleep(1000) statement at the end of your class.
show more
6 months ago
Swing / AWT / SWT 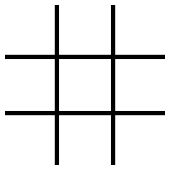 how to Update a window that draw a png with paintComponent
Cross posted: https://stackoverflow.com/questions/66735468/how-to-update-a-window-that-draw-a-png-with-paintcomponent

The question still doesn't make any sense and none of the suggestion have been implemented.

1. Why are you still reading the image in the paintComponent() method.
2. You state the image is updated in the folder, but there is no logic in your code that does that so why would you expect to get a new image.
show more
7 months ago
Swing / AWT / SWT