Recent posts by Mapraputa Is

How many books next to your bed?
Story Factor by Annette Simmons
Letters of Credit by Walter Tracy
Foundations of Language by Ray Jackendoff
Labyrinths of Reason by William Poundstone
I am a Strange Loop by Douglas Hofstadter
Understanding cultures Through Their Key Words by Anna Wierzbicka.

I didn't find much in English about the book, except for this Britannica's comment:

"The year's most controversial novel, and also a Booker nominee, came from Lyudmila Ulitskaya. Daniel Shtayn, perevodchik (2006; �Daniel Stein, Translator�) told the story of a Jewish Holocaust survivor who is rescued by monks and then converts to Roman Catholicism; he becomes a priest and attempts to reconcile Judaism and Christianity on the level both of ritual and dogma...."
http://www.britannica.com/eb/topic-1386234/Daniel-Shtayn-perevodchik

What is controversial about the novel, I don't know. The book's main character is a real person, Oswald Rufeisen.

The second book is Похороните меня за плинтусом Павла Санаева ("Bury me behind the floor molding" by Pavel Sanayev). It's about author's childhood, more precisely his relationship with his not-completely-sane Grandmother. What's remarkable about this book, is that I instantly found something to relate to in the story about an abusive granma, and in an interview the author said that many Russians told the same to him. Apparetnly he found a new kind of what Jung would call an archetype of a Russian woman. I gave to book to my friend, he started to read and immediately started to laugh. I asked what he found so funny. He said "she's like my own granma. She used to say, "you eat so much!

It's easier for us to kill you, than to feed you." Well, yeah. Makes me wonder if the mystery of mysterious Russian soul is finally solved.

Apparently the books is translated into German under the name of "Begrabt mich hinter der Fu�leiste". There is something that looks like reviews to me

show more
14 years ago
Meaningless Drivel
Feel lonely? Get yourself a virtual girlfriend!
Perfect for geeks! "...works by having a projector on the ceiling beam an image of a lady down in that empty space on a double bed.

What makes the INBED impressive is that it has infrared sensors that can detect the position of the live person in bed, and adjust the virtual person accordingly. In other words, the virtual girlfriend will adjust her position to snuggle with you, spoon with you if you lay on your side, and even react to kisses by burying her face in a pillow."
Link: 2D Girlfriend

show more
14 years ago
Meaningless Drivel
Your favourite flickr
I don't have one, but I recently came across pictures I like, here is one.

The author, vgm8383, said he used HDR technique for it. Anybody knows what HDR is?
show more
14 years ago
Meaningless Drivel
What O'Reilly really thinks about MS Vista
Have you noticed their choice of pictures for Vista-related books?

"Although originated in the USA, the OFMs became mostly a European phenomenon with a very strong following in Eastern Europe (especially in former USSR countries), Scandinavian countries and Germany."

It's true that once learned them in a former USSR country I was never able to depart with them and until now have very vague idea of Windows's native interface, because I always have one of these wonderful pieces of software installed. I don't know how one can live without them.

In case you wonder what "Orthodox File Managers" are (I never heard this term before) examples include Norton Commander, Total Commander, Midnight Commander, Northern Captain etc.
show more
14 years ago
Meaningless Drivel
Cleaning keyboards
I get them occasionally for Christmas, and none of they suck enough.

Get the one with pre-installed Vista on it!
show more
14 years ago
Meaningless Drivel
Do you waste energy
Make Energy While You Flush! 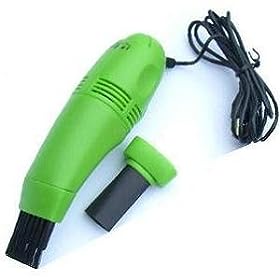 Source.
show more
14 years ago
Meaningless Drivel
My New Baby!
Tony: Thanks for your reply but I would not take the Vista OS if it was for free

Good thing about Vista is I can't imagine anyone writing viruses for it. It already works like it has all possible viruses pre-installed.

show more
14 years ago
Meaningless Drivel
And now plants can talk !
"A special moisture sensor placed inside of the plant�s soil is made to detect when the foliage is lacking water. When the sensor detects that their is a lack of moisture for your plant, the Twitter Kit sends the information to the detection circuitry, which is easily built with your home solder kit. The data is then sent to the Internet using the devices onboard Ethernet connection. From there a notification can be sent to both Twitter, and wirelessly transmitted to your mobile device."
http://www.coolest-gadgets.com/20080510/botanicalls-twitter-kit-keeps-your-plant-talking-in-140-characters-or-less/
show more
14 years ago
Meaningless Drivel
English Grammar: Usage of "your"/"my"
PF: I worked a while ago with some folks from Bangalore, and they said that I was a silly American even thinking about "the" language of India, there are many many of them.

Youp, that's why I put it in quote marks. I was referring to the initial post in this thread: "In India, we say..."

VK: I said that Hindi does not have a/an/the (articles) type of thing. It does have all other determiners mentioned in the wiki link.

show more
14 years ago
Meaningless Drivel
English Grammar: Usage of "your"/"my"
PF: Since I only speak English (and some Java) I'm not much of an expert, but the general topic here is commonly called "article" and there are many flavors in English

If we are talking about both personal pronouns (my, your, etc.) and articles, then the term is "determiners". My hypothesis that "the Indian language" Vedpal was talking about doesn't use articles was based on the observation that English requires either article or a personal pronoun in front of a noun, while Russian requires neither. Hence the hypothesis that what English requires and Russian does not is a broader grammatical category, in this case "determiner", and by analogy "the Indian language" later identified as Hindi would require no determiner, i.e. no article and no personal pronoun.
show more
14 years ago
Meaningless Drivel
English Grammar: Usage of "your"/"my"
VK: I don't know what "This is the house" will translate to in Hindi
What happens in Russian in this case?

show more
14 years ago
Meaningless Drivel
English Grammar: Usage of "your"/"my"
VK: Sorry for the confusion. I meant the way English is spoken in India.

Aha, but still my hypothesis is that this usage is underwritten by your native language(s). What about them?
show more
14 years ago
Meaningless Drivel