Tim Holloway wrote:You are confusing the Amazon Control Panel server with your Amazon instance. They are two different servers with 2 different IP addresses.

Good to know that I'm confused about amazon's control panel and amazon instances, and I believe that will get clarity by exploring them. I'm trying to access the control panel (ACP) after reading the document below. https://coffeecupjava.ec2.instance.my.connect.aws/ccp-v2/ - when I try to access this as per the URL signature specified in the document and am unable to access in return getting We can’t connect to the server at coffeecupjava.ec2.instance.my.connect.aws..

And still looking at why I don't have access to amazon CCP but ensured the instance name specified here is the correct one. am I on right track? Is this what you mean? Thanks for your great time.
show more
3 weeks ago
Cloud/Virtualization

SpringBootJar deployed in AWS EC2 keep rotating in browser
Created new inbound rules for the HTTP:80 port and relaunched the ec2 instance and still in the same situation ...

I'm unable to add more attachments to this post since getting "The total size of the attachments should not be greater than 1,024 kb. The uploaded files have a total of 1,039 kb.".

Tim Holloway wrote:Yes, you absolutely must open up Amazon's firewall. As I said, your browser probably already was set up that way because outbound traffic is rarely firewalled. But traffic inbound to Amazon's public IP address does have to be enabled via the Amazon control panel app. The default is to forbid it.

Again, I cannot see any ports on 34.218.234.4 and that includes the SSH port, so I have to question if your screenshot is current because I'm virtually certain that either the machine is down or you're not even able to connect to it via SSH, much less the web port.

But traffic inbound to Amazon's public IP address does have to be enabled via the Amazon control panel app. The default is to forbid it. - You mean the firewall to be switched off on the AWS EC2 instance? Am I correct?

This screenshot was taken just now when I posted the screenshot and the instance is still up.
show more
3 weeks ago
Cloud/Virtualization

Tim Holloway wrote:I'm afraid I don't have much use for videos myself. I prefer text that I can jump around in and hold onto.

But regardless, when you say you have opened the firewall on "your machine", do you mean your machine or the Amazon EC2 machine? Because your machine probably has the ability to make outbound requests by default, but unless you open up the Amazon firewall, that won't help.

Beyond that, a quick check of IP 34.218.234.4 indicates that no ports are open, including the SSH access, so that machine is evidently down at the moment.

Bear in mind that Amazon dynamically assigns IP addresses and routes through internal networking, and that you may no longer be talking to the proper host.

Yes, I referred my system's browser from where I'm trying to access ec2-34-218-234-4.us-west-2.compute.amazonaws.com:8080/. Do I need to ensure the firewall is put off in the EC2 instance too? Just reconfirming 34.218.234.4 is up and running and default port 8080 is open. Attaching a referencing screenshot. Please let me know if my understanding is not correct.
show more
3 weeks ago
Cloud/Virtualization

SpringBootJar deployed in AWS EC2 keep rotating in browser
Adding here the log after starting up the Spring boot application inside EC2 instance.

Tim Holloway wrote:OK. Bear with me. I tend to get S3 (object storage) and EC2 (Elastic Cloud Computing) confused. Acronyms can be more trouble than they're worth sometimes.

EC2 provides VM instances. Now actually, for this app, I'd look at Elastic Beanstalk rather than an entire personal VM, but it's a matter of preference.

To run a Spring Boot app in EC2, you need to do the following:

1.  Create an EC2 instance and launch it.
2. Upload your Spring Boot Jar and launch it.
3. Ensure that the Amazon Firewall to that EC2 instance has the proper ports open. In other words, if you're blocking port 8080 (which Amazon will do by default), then external clients won't be able to talk to the app.

Here I'd like to note that 8080 is not the default port for HTTP. That's port 80, so you have to include an explicit override in your URLs. And since port 80 is a protected port, the only ways that you can make a Spring Boot app visible on port 80 are to A) override its default setting and run as a privileged user (NOT recommended) or B) proxy from a server that can service port 80 to the Spring Boot app using a proxy server such as Apache or Nginx. This is actually the better approach when hosting multiple Spring Boot apps on the same server instance.

While ensuring the 1,2,3 steps mentioned by you above, created an EC2 and launched it. SB app is uploaded and executed on EC2 instance and confirmed the APP is up. Step 3, I ensured the firewall is off in my system. I'm running the app on 8080 port inside the EC2 instance, so do you think is it now not available for other clients is unable to talk?If so, how does that relate to the message what I'm getting here(ec2-54-245-162-219.us-west-2.compute.amazonaws.com took too long to respond)., This is just clarification. But the YTuber uses the same port, I don't hesitate to use another port but the app has been launched on the 8080 port, so I think, I've difficulty in understanding the point 3. Do you think so? Do I've to use a different port to make sure this is port problem?  Any comments from you may help. Thanks.
show more
3 weeks ago
Cloud/Virtualization

Tim Holloway wrote:I haven't the faintest idea of what any of that is supposed to mean.

The first URL times out because it's addressing a specific AWS instance that you created which isn't running any more. The other URLs appear to simply access the JAR as an object stored in EC2, but I have no clue as to what that's supposed to be doing for you.

I simply access the application through the ec2 instance public DNS. In return I'm expecting "Let's learn together". The code snippet is below.

Tim Holloway wrote:Why are you storing an executable application in S3 storage? Aren't you deploying it to the Amazon cloud?

Yeah deployed to EC2 instance using wget as below. when trying to access through the public DNS http://ec2-34-218-234-4.us-west-2.compute.amazonaws.com:8080/ getting the site can't be reached and ERR_CONNECTION_TIMED_OUT.

Al Hobbs wrote:Where are you running that command exactly?

I executed that command from the Terminal after signing into the EC2 instance, to start the spring boot application. Then try to access the public URL through the browser!

Let me know if any other info. Thanks.
show more
1 month ago
Cloud/Virtualization

Created a spring boot jar and added it to the S3 bucket and the bucket is also public. Application started with no issues in the terminal with the below command java -jar spring-boot-aws.jar. When trying to access the URL (java -jar spring-boot-aws.jar) from the browser, continue you to get, This site can’t be reachedec2-34-218-234-4.us-west-2.compute.amazonaws.com took too long to respond.  How can I trace the error logs? I ensured the application is running and the instance has public access.

How can I trace the logs? Any help will be highly helpful.  Thanks.

Created a spring boot jar and added it to the S3 bucket and the bucket is also public. Application started with no issues in the terminal with the below command java -jar spring-boot-aws.jar. When trying to access the URL (java -jar spring-boot-aws.jar) from the browser, continue you to get, This site can’t be reachedec2-34-218-234-4.us-west-2.compute.amazonaws.com took too long to respond.  How can I trace the error logs? I ensured the application is running and the instance has public access.

How can I trace the logs? Any help will be highly helpful.  Thanks.

Tim Holloway wrote:Oracle's JDK is not "open", it's just that they have relaxed license terms. Even Sun's JDK was not open-source. Oracle contributed to the development of OpenJDK, but their binaries are built from their proprietary source code, not the OpenJDK source code.

OpenJDK, on the other hand, is 100% open-source. You can download the source code, compile it, even customize it - though redistributing the modifications may be licence-restricted.

Azul has taken OpenJDK, built their own binaries and sells them with paid support. Much like you can obtain paid support for the PostgreSQL database even though it is free with many Linux distros.

Speaking of Linux distros, most of them include OpenJDK and some even appear to install it as part of basic OS installation. The distro builders simply wrap their own distro build processes around the basic OpenJDK source to create an OpenJDK OS package. The difference between them and Azul is that they only provide support for the package, and little or no support for problems internal to OpenJDK.

Tim, I like to add a little more clarity to my thoughts from your clarification, So OpenJDK is different from Oracle Licensed Java?  When saying so, the entrepreneur Azul takes the OpenJDK to modify and resell the product but not the Oracle Licensed one? Or it's up to them? I'm a bit confused about this. When Oracle has their own, how do they allow others to take a copy and restructure it and resell? Basically, the circling thought is will the other who redistributing the JDK will modify according to the enterprise need?
show more
1 month ago
Java in General
Functional Design and Architecture With Micro Services
Hi Alex,

Glad to hear from you. 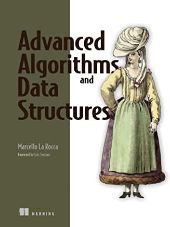 * Winners: Advanced Algorithms and Data Structures
Congratulations to All. Special wishes and thanks go to Marcello.
show more
1 month ago
Design