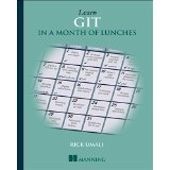 * Welcome Rick Umali
Rick Umali, you are very welcome to Java Ranch.
show more
6 years ago
Other IDEs, Version Control
HTML5 in Action - nice introduction, question about positioning and layouts
I have not had time to read up HTML 5 yet since I am on struts framework at my place of work. How does HTML 5 fit in with the numerous web UI frameworks out there?
show more
9 years ago
HTML Pages with CSS and JavaScript
JVM Debugging
okay; thanks for the response.
show more
12 years ago
Testing
Debug it as relates to code review

If you mean other project team (luckily working on the same technology) by saying 'new entity' then only it makes sense other wise having a new guy/team for code review is impractical and not economical. She/Team has to cope up with the business functionality, technology and what not. Ideally they are just any other developer in the team (better than developers) but not doing any development but code review only.

Have you been in a project where due to time constraint, everything was checked into the repository, even when you knew you had a less efficient code or a code that did not work at all. You buy time, wait for the testers to pinpoint the flaws, then you go ahead and complete the work, does it not make more economic sense to know that some code did not work and as a result be able to tell how productive/unproductive a team is? My take in this issue is that the code review team are not just there waiting for you to get done so they could perform code review on your code, rather they might be engaged in the review of other peoples codes as well, which means some code can only be said to be in a working state if approved by the code review team, especially with the wide use of scrum methodology in code development and task assignement, I think the code review team will be kept busy at all time. Also scentiments will be removed in the review, immagine what it would be like if you have programmers test their own codes. I bet some known flaws will remain hidden from the owner of the code, just for him/her to stumble on it some day and the developer will act like he never knew there was such flaw on the code.
show more
12 years ago
Testing
Debug it as relates to code review
Thanks Mike Simmon for clarifying things here, for further clarification the code reviewers on their own are developers, definitely not QA. For those wanting to know more about this subject matter, please visit go2quality.com. There are bodies who are advocating for this separate entity of code reviewers for the reasons I pointed at earlier on.
There was a time when testing was done by the developer and the owner of the software, any mention of a dedicated testing arm would have mey some opposition; today we can tell of the benefits of having a dedicated testing team in an organisation, only time will tell if code review would be given the same prominence as testing.
show more
12 years ago
Testing
JVM Debugging
Does debug it have a chapter or anything on JVM debugging?
show more
12 years ago
Testing
Debug it as relates to code review
In my experience, I can say code review done by developers who developed the code is not without sentiments. At times one could write less efficient code, though we as developers might know ways of making such code efficient, but do not impress it on the programmer to re-write the code. This is more so when we have steep deadlines to work with. There are even cases where non working codes have been checked into the repository in order to beat development deadlines, hoping that the flows will be detected during testing and returned to the developer to complete the work. These little twists are what a dedicated code review team will be able to bridge. Corporations will be saved a lot of money by having such dedicated team especially in mission critical applications because it costs much much less to find a bug upfront than to find it later. This is my take on this topic. Hope others air their views as well.
show more
12 years ago
Testing
Debug it as relates to code review
There is a new school of thought that believes that code review should be a distinct entity like QA, outside the purview of those who developed the code. What is your take on this and did you address this type of issue in your book debug it?
show more
12 years ago
Testing
Value of SCWCD
Hi Charles Lyons:

What is the value of SCWCD in the market place, what advantage does someone with SCWCD have in the current market place today ove some one with solid work experience under his belt?
show more
13 years ago
Web Component Certification (OCEJWCD)
Difference between URLs: /? and /login?

Chinmaya Chowdary wrote:Hi Faisal.
I think in gmail application, the redirection happens like this(this is my assumption, there may be better approaches than this),

Here attributes 'paramOne' and 'paramTwo' are set some where in the application.

I do not think this explanation is correct; it still did not explain why thhe url appears as
https://mail.google.com/mail/?fs=1&view=tl

If a redirect had occured to the mail page, one would have expected some thing like
https://mail.google.com/mail?fs=1&view=tl

Anselm Paulinus wrote:I do not think this is something a programming book should worry about; probably a book on compilers will be better suited to explain this.

ok Anselm your thinking is correct.
As you said "book on compilers can explain" but SCJP exam also want to test whether given code will compile or not and can test output of given code probably given question is based on SCJP objective.
When I solved some mock exams they want to test how many number of errors in the given code or at which number of line/lines the compiler will show error and you have to choose appropriate answer.
You can go through Sun Microsystem's web site and attend pre-assesment mock exam for SCJP5.0 or SCJP6.0, it's free.Simply go through that mock test you will find it.
So if we know how compiler think about java code then it's helpful in the SCJP exam as well as real world programming.
If SCJP aspirant is new to java programming language then he or she can know about it through SCJP preparation and can excel in SCJP exam.
That is the reason I am suggesting to include it in the appendix of the book. It is not mandatory to include it in the book.
But as Khalid said lexical translation explaination acheived by interactive tool.

I hope this clears

My bad; I am just about to start preparation for SCJP6.0; the last time I did the exam it was version 4.0; I 've not taking time yet to look at the exam spec, neither have I done any mock exam on the recent versions. If this is now part of the exam spec then your suggestions are valid suggestions, the book has to cover the exam content 100% to be competitive.
show more
13 years ago
Programmer Certification (OCPJP)