herb slocomb wrote:"Teim" is pronounced the same "team" in English so you can't tell when people are speaking which one they meant, unless you have a context or take the leap of faith that they are using a valid English word.

Teim isn't a word in English, so really not pronounced at all. ...

The conventions of phonetics can be applied to any sequence of letters, whether the word is valid in a specific language or not.
Tiem is probably a word in some language and can be realistically be used by a bi-lingual person in a given confusing context, since I often have heard bi-lingual people switch language use mid-sentence even.
show more
10 years ago
Meaningless Drivel

There is no "i" in "team"!
"Teim" is pronounced the same "team" in English so you can't tell when people are speaking which one they meant, unless you have a context or take the leap of faith that they are using a valid English word.
show more
10 years ago
Meaningless Drivel
Any formula to success in life?
Something analogous to E * I = S.
Where E is effort, I is intelligence directing the effort, and S is success in conditions where the probability of success is greater than zero and where the odds are can be improved by increasing the number of times effort actions can be taken. Included in the concept of E is both time and quantity of efforts. So given infinite time or infinite efforts in a limited amount of time, success is certain. More realistically, feedback loops to intelligently learn from prior efforts should reduce the time/effort amounts needed to something less than infinity. 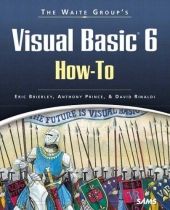 The Future Is Visual Basic!
VB .NET & C#, irrespective of some minor syntactic differences, under the hood, are the same, so I group them together under the big umbrella of ".NET" which is relentlessly eating Java alive.
show more
10 years ago
Meaningless Drivel

The Future Is Visual Basic!
"On a long enough time line, the survival rate for everyone drops to zero." wisdom from Fight Club. The Tiobe index shows a steady long term market share deterioration for java.
show more
10 years ago
Meaningless Drivel
Does Carrots have Feelings?
You can use science to justify your belief that plants have feelings: http://weilerpsiblog.wordpress.com/tag/clive-backster/

The Future Is Visual Basic!
Well, VB became VB .NET about a decade ago and from the perspective of the .NET group of languages as a whole, they have been steadily, relentlessly, mercilessly, taking market share from Java year after year and slowly driving Java into inevitable extinction.
show more
10 years ago
Meaningless Drivel
question on (U.S.) conservatives and tax policies

Bear Bibeault wrote:And while it could be argued that paying less taxes might stimulate the economy, I don't see what effect that has at all on the national debt. Which is the debt I assume that is being discussed?

To me, "less taxes" is simply jargon for "get elected".

Well, cutting of tax rates did increase tax revenue for Kennedy, Reagan, and Bush.
Whether the increased tax revenue is overshadowed by yet an even more increased spending is another matter.
show more
10 years ago
Meaningless Drivel
question on (U.S.) conservatives and tax policies


Is that necessarily the case? In a growing country like the USA, as long as employment growth keeps up with population growth, even a static productivity would lead to a growing economy, no?

A: A static population could increase its aggregate productivity rate to the extent that its total production of real wealth increases and also that individual wages increase. Maybe that is a case of the pie size increasing, but the number of slices staying the same so a larger potential slice to each individual.
show more
10 years ago
Meaningless Drivel
question on (U.S.) conservatives and tax policies

herb slocomb wrote:There are reasoned and principled arguments to reduce taxation for the good of society long term

When you wrote this, did you actually mean there are arguments to have low taxation? Or did you mean that taxation should continuously be reduced? (I have seen people at the other end of the spectrum complain that their entitlements are being cut, when the fact is that the percentage increase of said entitlements is being reduced.)

Yes, to the extent and to the point, which may vary over time, that it allows more efficient private allocation of societal resources.
show more
10 years ago
Meaningless Drivel
question on (U.S.) conservatives and tax policies


Is that necessarily the case? In a growing country like the USA, as long as employment growth keeps up with population growth, even a static productivity would lead to a growing economy, no?


I know population growth is a factor of economic growth and explicitly a part of GDP, but I tried to simplify the arguments for this forum primarily to focus on what I am ultimately concerned with which is a standard of living. Now again, another simplification, although fairly reasonable along most points of a continuum, aggregate real wage increases, over long periods of time, are largely correlated with productivity gains and result in real wage (above inflationary adjusted) increases that are an important factor of living standards. Again, we'll concede the govt has roles that affect living standards irrespective of wage increases. But the bottom line point is that simply growing the population at a rate equal to stabilize employment rate may lead to a "growing economy", but in that case a growing economy with static productivity would lead to static wages and static living standards. Most people reflexively think of a growing economy as one with increased economic opportunities and prospects for an increased standard of living, but static productivity can negate that.


Increasing the size of the pie (the economy), while at the same time increasing the number of slices (population growth), doesn't mean each person served can get larger slice of the larger pie.

Q: "Can technological improvement be incorporated into more efficient providing of goods/services forever?"

Q: "How can we increase the above factors long term?"

A: We can't know in advance which technologies will lead to the greatest long term increases in productivity. But we do have evidence that centrally planned economies where the govt dominates resource allocation fail miserably in comparison to those with more diverse and free markets who utilize the "wisdom of the crowds". Simplifying; the more a government dominates resource allocation of a society via taxation or legislation, less application of the crowd wisdom. There are numerous points to attack on this simplification and generalization, but the bigger point remains on allocating resources to more productive or less productive resources and the long term impacts. Of course a minimal level of government is needed for even a "free" market to operate and there is sweet spot for the size of govt - that's why the Laffer Curve isn't the Laffer Line.

Most people probably suspect that long term, a debt level surpassing GDP is very likely to have some negative consequences, especially when a significant amount (20-25%) of the debt is held by foreigners as is the case in the US and when interest payments on that debt starts to approach a similar proportion of annual govt spending when such interest payments represent lost investments in productivity ("opportunity costs"). I've seen abstracts of economic studies suggesting that a debt level of 60% of GDP can negatively impact economies and also where the govt spending "multiplier effect' is less than 1.0 (indicating that every dollar spent by govt reduces overall spending - see the book "Currency Wars" near the end).

There are reasoned and principled arguments to reduce taxation for the good of society long term, besides the moral arguments on a smaller scale regarding ownership rights of individuals to the fruits of their own labors.
show more
10 years ago
Meaningless Drivel
Half the Planet is Vampiric!
Update:

...Investigations of effects on humans have found an increased risk of traffic accidents, and other reckless behavior....